Xiaomi's birthday was 2 weeks ago (or was it?) and on Shopee there were discounts across the board for Xiaomi products and I thought what better a time than this to get a pair of true wireless earphones for a gift?

Regardless of whether it was truly Xiaomi's birthday or whether it was simply one of those bad excuses to run a sale event, I got a pair of Xiaomi Mi True Wireless Earphones 2 Basic for S$49.00 originally priced at S$59.00.

Adding to its confusing repertoire of increasingly verbose products, the Xiaomi Mi True Wireless Earphones 2 Basic is a pair of budget TWS earphones that unabashedly mimics the aesthetic of the Apple AirPods. It's aimed at a more nostalgic audience that prefers traditional, non-in-ear earphones, but would like something less exorbitant than a pair of Apple AirPods and more compatible with Android and Xiaomi phones.

True to Apple's Xiaomi's design philosophy, the earphones are only available in white. The packaging is rather bland and uninspiring, borrowing most of the design elements from its other earbud offerings such as the Xiaomi Redmi AirDots. But maybe I'm asking too much out of the packaging of a pair of cheap TWS earphones.

On unboxing, what immediately stood out to me was the good use of both glossy and matte plastics on both the case and the earphones themselves. Glossy plastic parts are located away from places where one would expect oily fingerprints to accumulate, and matte plastics are used at those places instead.

For the earphones, the stem and the entire back case which faces the outside world are matte while the front case (the part that touches the inside of your ear) is glossy.

The earphones are independent and can be used one side at a time, allowing you to answer calls while retaining maximum situational awareness.

The controls on these earphones are quite a pleasure to use, comprising of 2 touch-sensitive control strips on each earphone. It's nice to see touch controls trickling into the budget line of earphones as those that use physical buttons tend cause discomfort as they require significant pressure to actuate, making it literally a pain to use.

Only double-taps trigger actions, single-taps, triple-taps and swipes don't, which is a pity given the potential of touch-sensitive strips like these. Not registering single-taps made sense as it can be easily triggered accidentally while putting on or removing the earphones, but not registering swipes is a big loss in user experience in my opinion.

It would have been great if Xiaomi programmed volume controls with directional swipes on one earphone and song skipping on the other, but that's just my take.

As you may have realized, there's not much variety in the functions of these controls and there's no software to customize the actions triggered by those touch-sensitive strips, but what more can we expect from a pair of budget true wireless earphones?

Despite the price point, there are sensors on the earphones that detect whether or not you're wearing them. Suppose that you were playing media on your phone with the earbuds on and you took one of them off, the earphones automatically pause your media.

Interestingly, instead of an infrared proximity sensor, it appears that the earphones use a capacitive touch sensor on the front case to detect the presence of your ear.

I've experienced annoying situations with my Sony WF-1000XM3s, where I would take out one earbud, the audio pauses, and when I place that earbud on a soft surface like a pillow, the audio would resume as it falsely detected the pillow as my ear.

With good placement of the proximity touch sensor, the earphones would be able to accurately tell when you have them on or off your ears.

This begs the question:

Where exactly are those capacitive touch sensors?

For the charging case, the exterior as well as the interior of the case around the earphone docks are matte while the underside of the cover is glossy. The design is generally minimalistic with no visually remarkable aspects.

Despite the plain exterior, I was pleasantly surprised at the feel of the cover when opening the case. The cover is magnetic as one would expect, but it is also moderately spring-loaded. The spring exerts an upwards force on the cover when it is opened beyond 45° causing the cover to spring open and stay open. This mitigates the issue of having to fight the cover to prevent it from closing when docking your earphones.

The springs are a nice touch I'd say, although the tuning of the springs didn't feel as premium as those in the Sony WF-1000XM3, they feel refined enough to be worth mentioning.

Side note: It seems that I have something for well-tuned and well-placed springs.

The hinges feel sturdy and well-engineered with zero rattling and shutting the case produces a satisfying and reassuring thud. The earphone docks are also magnetic as you'd expect, allowing you to stash away your earphones after a YouTube marathon session on your bed without them dropping right back onto your face. The magnets are sufficient but not particularly strong and shouldn't pose an issue for all but the most extreme cases.

Let's take a moment to have a listen and appreciate the magnets and springs.

Disclaimer: These earphones (and all earphones in general) do not fit well on my ears so I'm may not be able to capture the listening experience for those whose ear shapes fit well.

Listening to Spotify on high quality, the sound quality was decent though not fantastic. The bass was surprisingly prominent given how leaky earphones in general are, but despite its prominence, the bass sounded smudgy and muddled.

Vocals sound full-bodied and natural which was quite pleasant but it felt slightly scratchy likely due to the poor fit on my ear shape.

Highs are where these earphones suffer. There is a sharp deterioration of instrument resolution and there was strong attenuation of peaks, giving rise to a very messy and flat sound.

Soundstage is virtually non-existent, but it is expected with this little noise isolation.

Overall, my listening experience on these earphones is reflected in the design of the charging case: plain and unremarkable.

Call quality was quite good on these earphones. One thing that these earphones excelled in was vocal clarity, likely due to the positioning of the primary mics, at the end of the stem, being in relatively close proximity to the user's mouth as compared to most other true wireless earbuds/earphones.

Noise-cancelling in calls from the secondary microphone also worked exceptionally well. At one point, my caller was under the impression that I was answering the call on my mobile phone itself and did not realize I was using bluetooth earphones.

In terms of hearing the other party however, your mileage may vary as it really depends on how well these earphones fit your ears. I did face some difficulty answering calls in a moderately lively cafe, and I ended up having to dial up the volume to hear the caller.

With the increased volume came 2 problems. Firstly, sudden loud noises on the other end tended to get amplified by the earphones and those really hurt my ears. Secondly, my conversation no longer felt private given the leaky nature of earphones. At one point I felt like the person sitting at the next table 2m away could hear some parts of my conversation with the caller.

Pro Tip: The independence of each earphone means that you can take calls continuously by swapping earphones, using one while charging the other, for as long as the charging case lasts. Though you'd probably run out of energy before the earphones run out of battery.

Like I disclaimed earlier, these earphones do not fit my ears at all, which is expected as I've always had trouble with earphones and never understood why people liked those wired Apple EarPods.

The earphones hung loosely on my ears and they easily fall out if I hopped a few times or even if I just tilted and shook my head. That said, if you've been a fan of Apple's EarPods, rest assured as these earphones will definitely fit you the same way as those earphones did, if not better.

Xiaomi claims that the earphones will last 5 hours of listening. The case is able to fully charge the earphones from empty up to 3 times, bringing the overall rated listening time to 20 hours.

According to my experience, the battery life claims were quite conservative as I was able to get slightly more than 6 hours of listening time out of the earphones on 50% volume before having to put them back into the case to charge. I was also able to get 3 and a half charges out of the case before it ran out of juice.

At the retail price of S$59 or US$43, these earphones are affordable but not cheap, especially when you can get a pair of Xiaomi Redmi Airdots at S$27 or US$20 which may give you a little more confidence as earbuds tend to be easier to fit with a selection of provided rubber tips as compared to the fixed form of these earphones.

However, if you use an Android phone and really loved the form factor of Apple's EarPods, then this may prove to be quite a good budget-friendly alternative to the true wireless AirPods.

The Xiaomi Mi True Wireless Earphones 2 Basic are a decent pair of earphones ideal for those who are just transitioning to true wireless from wired earphones but are not fond of how earbuds feel on their ears. The exceptional call quality and good vocal rendering makes this pair suitable for those who take calls and/or listen to podcasts frequently. However, if you intend to use these earphones for music don't expect a spectacular listening experience.

For those who like me, never had good experiences with earphones, I'd advise that you look elsewhere as they never did quite fit my ears no matter how hard I tried. 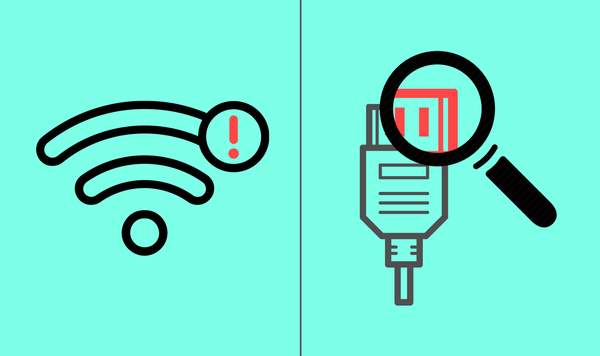 When I set up my MacBook for working from home during the COVID-19 Circuit Breaker, I was not able to load any website. Little did I expect, it was the fault of the HDMI cable.